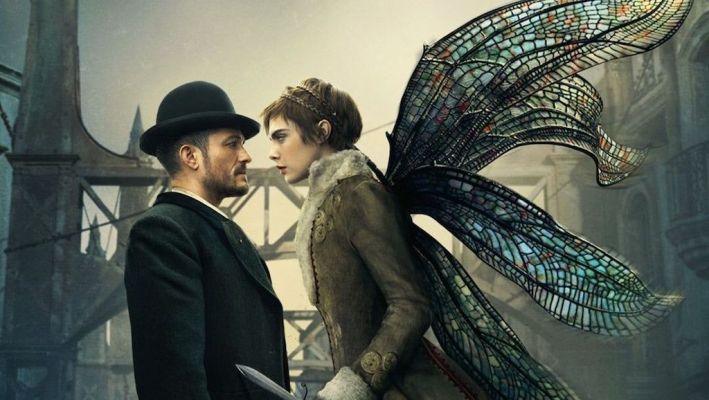 “Carnival Row” offers an unlikely mix of genres, laying out a murder mystery in a world of fairies and other mythical creatures, while also delivering a healthy dose of allegorical politics.

And as we explain in the latest episode of the Original Content podcast, the show (recently released on Amazon Prime Video) does take some getting used to. There’s a certain clumsiness in the way the opening episode insists on its grittiness and adult themes — and most viewers will probably need some time before they stop gawking at the fairy sex and focus instead on the story and characters.

Once they do, though, “Carnival Row” offers plenty of rewards. Orlando Bloom and Cara Delevingne star as Philo and Vignette — a police investigator and a “fae” refugee, respectively, who have a complicated romantic past together. Bloom and Delevingne may not be entirely up to the task of creating complex and memorable characters, but the world that creators Travis Beacham and René Echavarria have built around them is rich, detailed and strange.

The pair is also surrounded by a strong supporting cast that includes Jared Harris (“The Crown”) and Indira Varma (“Game of Thrones”) — and ultimately, the fantasy, the politics and the mystery do come together in satisfying ways.

In addition to reviewing “Carnival Row,” we also discuss YouTube’s settlement with the FTC and listener response to last week’s review of “The Dark Crystal: Age of Resistance.”

After Epstein, it’s time for the Valley to find a moral view on capital

Google’s new feature will help you find something to watch