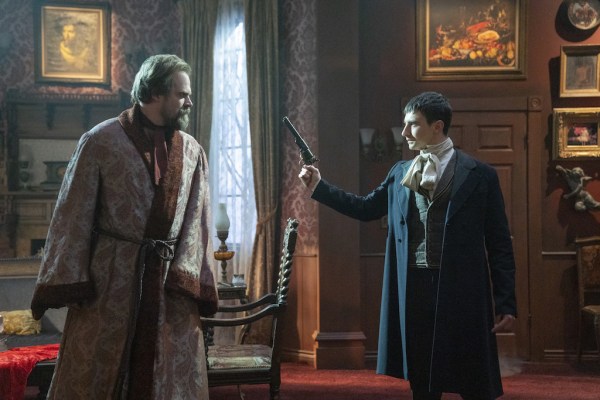 Just to get this out of the way: “Frankenstein’s Monster’s Monster, Frankenstein” is a great title. In fact, it’s probably the best thing about the new comedy special on Netflix .

That’s not a complaint about the special itself, which stars David Harbour (a.k.a. Chief Hopper on “Stranger Things”), as both David Harbour Jr — an actor taking on the role of Frankenstein in a play also called “Frankenstein’s Monster’s Monster, Frankenstein” — and David Harbour III, an actor who investigates his father’s life decades later.

If this sounds needlessly complicated don’t worry. As we explain on the latest episode of the Original Content podcast, the plot mostly serves as a springboard lots for jokes about actorly jealousy, Chekhov’s gun and the fact that no one can remember that Frankenstein and his monster are two different people. Anthony and Darrell, at least, found the whole thing to be pretty darn delightful.

Jordan, on the other hand, was baffled and unimpressed, and no matter how much time her co-hosts spent over-explaining the various gags, we couldn’t win her over.

In addition to our review, we discuss Netflix’s recent earnings report and try to figure out why, for one of the first times in its history, the streaming service reported a net loss in U.S. subscribers.

Hold the first Moon rock ever collected with your smartphone

Karamel is an app to find activities for your kids