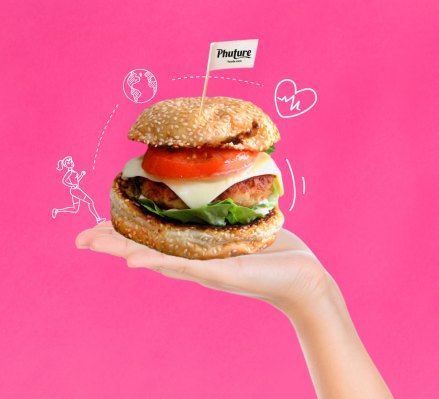 We met with a handful of Brinc’s top startups earlier this week, during a visit to the accelerator’s Hong Kong headquarters. The lion’s share of the demos involved hardware products, which has long been the organization’s core offering. Increasingly, however, food focused startups like Phuture Foods have become an important focus.

Whereas stateside companies like Beyond and Impossible largely work to approximate beef, the Malaysian startup has been pioneering on a plant-based pork substitute. The meat is in particularly high demand in the Asian market, where it’s targeting initial sales, beginning with Hong Kong in the next few months and then branching out into Singapore shortly after.

The foodstuff is designed to mimic the taste and texture of pork, using a variety of plants, including wheat, shiitake mushrooms and mung beans. The company has received support from Hong Kong-based angel investors, beginning with online sales, before rolling out to area super markets roughly five months from now.

Phuture’s primary value play is sustainability, and increasing important issue, particularly under the strain of population growth in areas like China. Price wise, it hopes to hit a target of at or lower than that of actual pork products, which could certainly add appeal among consumers for whom ethical and environmental concerns aren’t at top of mind.

The foodstuff is Halal, a key feature for markets like M

Elysium and the quest to bottle the fountain of youth

Attend Disrupt SF 2019 for free as a volunteer