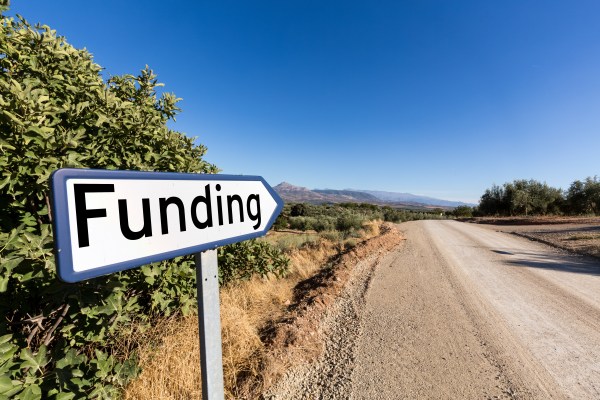 Hello and welcome back to Startups Weekly, a weekend newsletter that dives into the week’s noteworthy startups & venture capital news. Before I jump into today’s topic, let’s catch up a bit. Last week, I struggled to understand WeWork’s growth trajectory. Before that, I noted some thoughts on scooter companies’ struggle to raise new cash.

Remember, you can send me tips, suggestions and feedback to [email protected] or on Twitter @KateClarkTweets. If you don’t subscribe to Startups Weekly yet, you can do that here.

What’s on my mind this week? Data. Now that it’s July, I figured it was time for a VC investment data check-in. How much have VCs invested so far this year? Are they finally investing more in female founders? I’ve got answers. (Data source: PitchBook)

DotLab gets $10M to bring endometriosis test to market Waresix hauls in $14.5M to digitize logistics in Indonesia Calm gets $27M for its meditation appMobi nabs $50M for its new broadcast service

There were so many deep dives this week on TechCrunch ranging from Jony Ive’s influence on Apple written by TechCrunch editor-in-chief Matthew Panzarino, a look at the intense backlash on Superhuman and whether its justified, plus my own look at Fin’s pivot to enterprise analytics platform. Here are the ones I recommend clicking:

E.ventures, an early-stage global fund, brought in a fresh $400 million this week, Sony announced a new $185 million fund and…

When is the right time to pitch VCs for funding?

A compelling pitch deck that quickly and clearly presents your startup as an exceptional investment opportunity is a clear edge when raising a round. But could fundraising be more effective if you knew when to send your pitch deck – the times of year when it’s more likely to be reviewed and when it’s likely to be viewed more often? If we all had a magical algorithm that could predict exactly which investors would review your deck and when, we’d be fundraising geniuses — closing our round faster and with far less effort. No such algorithm exists (at least not yet), but I can share some useful data that offers insights into some of these seasonal fundraising trends, with a few that seem to defy conventional wisdom…

Extra Crunch readers can read the rest of Russ Heddleston’s story here. If you’ve been unsure whether to sign up for TechCrunch’s awesome new subscription service, now is the time.

If you enjoy this newsletter, be sure to check out TechCrunch’s venture-focused podcast, Equity. In this week’s episode, available here, I interview Revolution’s Clara Sieg. We discuss the Rise of the Rest and investing in underrepresented geographies.

Extra Crunch subscribers can read a transcript of each week’s episode every Saturday. Read last week’s episode here and learn more about Extra Crunch here. Equity drops every Friday at 6:00 am PT, so subscribe to us on Apple Podcasts, Overcast, Pocket Casts, Downcast and all the casts.

Gousto, a UK meal-kit service, raises another $41M as business booms under lockdown