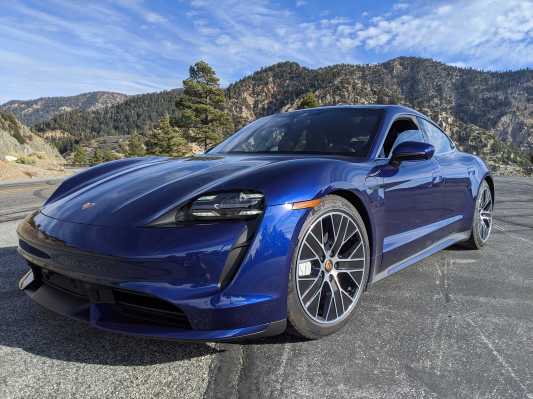 The Porsche Taycan Turbo, one of several variants of the German automaker’s first all-electric vehicles, has an EPA estimated range of 201 miles, according to government ratings posted Wednesday.

This is the first variant of the Taycan — Porsche’s first all-electric vehicle — to receive an estimated range from the EPA. The range, which indicates how far the vehicle can travel on a single charge, is far behind other competitors in the space, notably the Tesla Model S. But it also trails other high-end electric vehicles including the Jaguar I-Pace and the Audi e-tron.

The biggest gulf is between the Taycan Turbo and the long-range version of the Model S, which has an EPA range of 373 miles. The performance version of the Model S has a range of 373 miles. It was also below the Jaguar I-Pace, an electric vehicle that launched in 2018. The EPA has given the Jaguar I-Pace and official estimated range of 234. However, the company recently said it was able to add another 12 miles of range to the vehicle through what it learned in the I-Pace racing series.

The European standard known as the WLTP placed the range of the Porsche Taycan Turbo at up to 279 miles.

“We sought to build a true Porsche, balancing legendary performance our customers expect of our products with range sufficient to meet their everyday needs,” a Porsche spokesperson told TechCrunch. “The Taycan is a phenomenal car built to perform and drive as a Porsche should. We stand by that.” 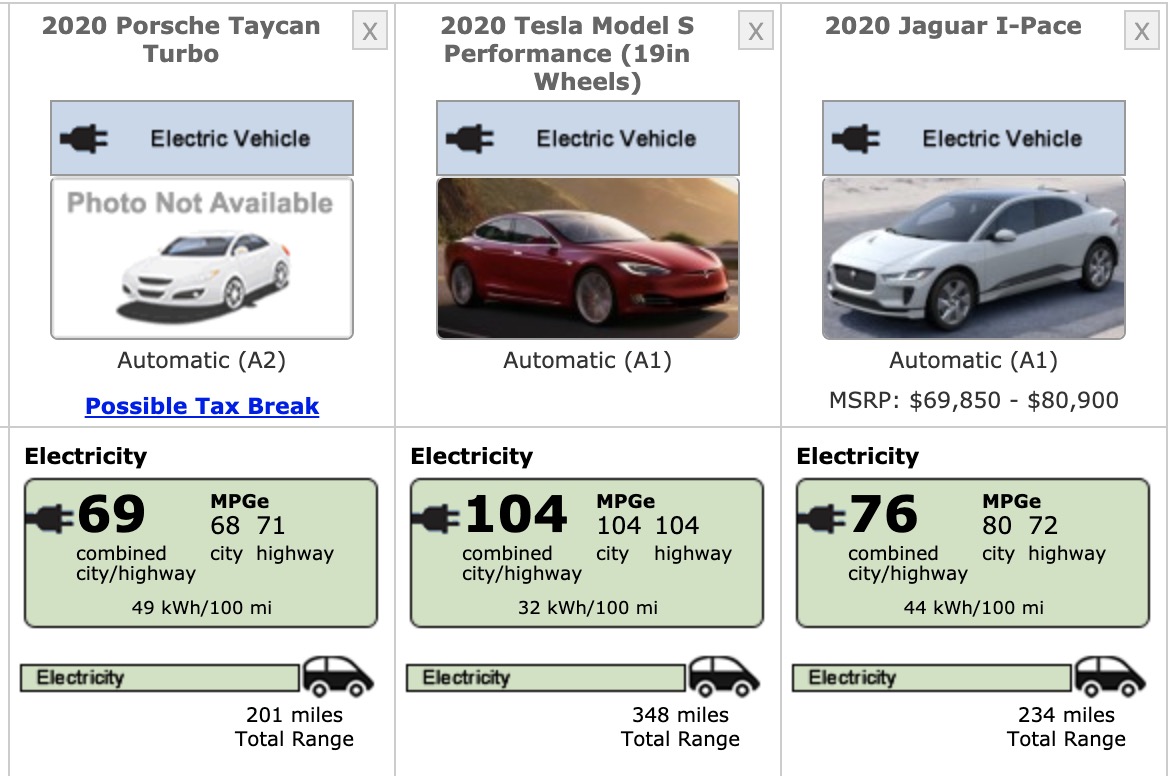 Porsche introduced in September the Taycan Turbo S and Taycan Turbo — the more powerful and expensive versions of its all-electric four-door sports car with base prices of $185,000 and $150,900, respectively.

In October, the German automaker revealed a cheaper version called the Porsche Taycan 4S that is more than $80,000 cheaper than its leading model. All of the Taycans, including the 4S, are the same chassis and suspension, permanent magnet synchronous motors and other bits. However, this third version, which will offer a performance-battery-plus option, is a little lighter, cheaper and a slightly slower than the high-end versions of the Taycan that were introduced earlier this yeasr. Theoretically, the 4S should also have a higher range.

Porsche has always said it would have multiple versions of the Taycan. The 2020 Taycan Turbo will be among the first models to arrive in the United States.

While Porsche said it isn’t disputing the EPA range, the automaker did send an email to dealers Wednesday to share additional data that shows a far rosier picture.

Porsche asked AMCI Testing to conduct independent tests to evaluate the Taycan Turbo range, according to an email the automaker sent to dealers for Taycan customers. The independent automotive research firm came up with a range of 275 miles, a result that was calculated by averaging the vehicle’s performance over five test cycles.

Apply to the pitch-off at TC Sessions: Robotics & AI 2020

Shine adds premium accounts to its bank for freelancers