When Mike Fitzsimmons went out to raise his seed round, he negotiated with all the usual suspects. The second-time founder needed a few million to get his cloud SaaS hiring tool, Crosschq, off the ground. And as a repeat CEO, he had options.

It was Slack and Airbnb investor Glenn Solomon of GGV Capital, a multi-stage firm with billions under management, that ultimately led the $4.1 million seed round announced earlier this month. Another mega-fund, Bessemer Venture Partners, also participated: “I did take a handful of meetings with pure seed funds and my conclusion was that there was more value in getting in bed with some, frankly, more established funds with more established track records and partners that could add real value,” Fitzsimmons tells TechCrunch.

The institutional players are raising specialty funds to execute these deals. GGV, for example, raised a $460 million “Discovery Fund” last year, its second of the sort. Sequoia Capital operates a scout program in which its portfolio founders hunt for early-stage talent and invest out of a $180 million fund. Kleiner Perkins re-entered the early-stage market with a whopping $600 million effort announced in January. General Catalyst recently “re-committed” to seed with a new seed-stage program. Even Coatue Management, a hedge fund turned VC, has a newly formed $700 million fund dedicated to early bets.

Nine U.S. venture funds larger than $500 million closed in the first half of 2019, according to PitchBook, with a total of $20.6 billion in new capital introduced to the startup market in that time frame across 103 funds.

The capital flood has caused deal sizes and pre-money valuations at all stages to swell. Seed deals today resemble Series A financings of yesterday as deep-pocketed investors are more willing to dole out larger sums of cash at valuations far above the norm.

“There is no way to compete with Bill Gurley if Bill Gurley puts down a $5 million term sheet,” Haystack founder and general partner Semil Shah tells TechCrunch, referring to Benchmark’s esteemed general partner. Haystack is currently investing out of a $50 million seed fund, with a portfolio that includes DoorDash, Envoy and Instacart. “The seed funds that need to be on guard and thinking about their strategy are the ones that in their model, need to own 10 to 20% of a company in the Bay Area. They have to adjust where they shop for these types of deals.”

Larger funds typically bypass the seed rounds and write sizeable checks to more mature businesses, meaty enough to warrant big returns. As a large fund, a small check won’t move the needle in terms of fund economics, but getting an early piece of the next Slack or Uber makes the small deals worth it. In today’s competitive environment, in which every firm in town campaigns for access to the hottest Series A, seed deals are critical to success.

Many of the large funds striking seed deals today have roots in the stage. Recent activity simply represents a push from the big dogs to reclaim territory in one the most valuable stages of equity financing.

General Catalyst, which employs a “stage-agnostic” strategy, closed on $1.4 billion for its ninth fund last year. Its funds, for the past decade, have grown subsequently larger. Earlier this year, however, the firm announced a new program and a $25 million pool of capital to double down on the seed level. The program is part of an effort to “recommit” to the seed, explained General Catalyst investors Katherine Boyle and Peter Boyce.

“We wanted to tell founders we have a clear process and the ability to move very fast,” Boyle tells TechCrunch.

Though General Catalyst collaborates with institutional seed and pre-seed funds in many instances, the team recognizes the advantages a startup has by forming an alliance with a larger fund at the beginning: “You get long-term capital access, which is especially important for companies that may have capital intensity or capital as a moat,” Boyce tells TechCrunch.

“As you see more and more companies raising subsequent rounds, it’s often great for both the founders and us to invest along the whole journey,” he added. “Being true life cycle investors, that’s an advantage. It saves founders time and allows us to further deepen our relationship.” 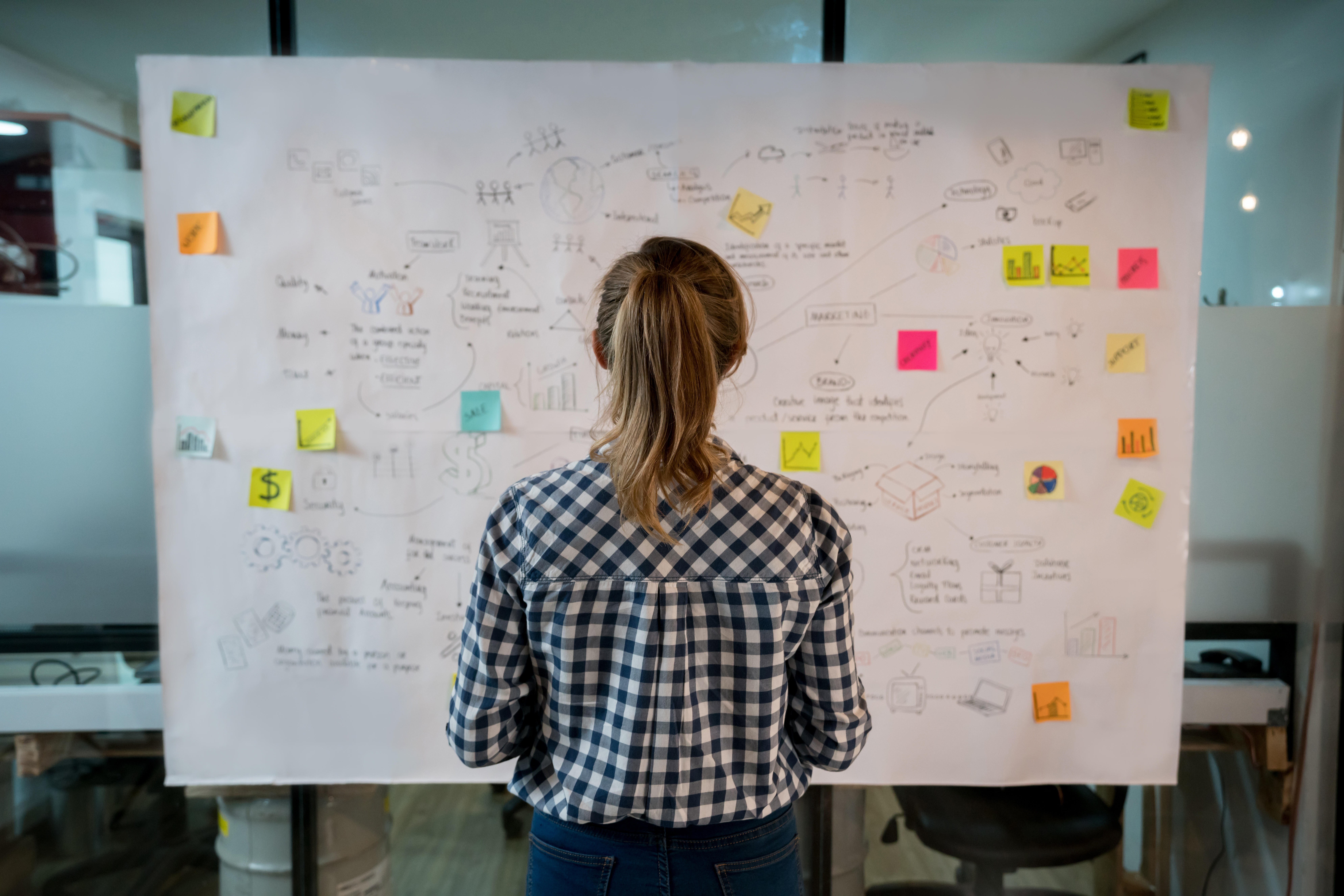 Today’s talent pool, packed with alums of billion-dollar venture-backed companies, has lured late-stage funders to the early stage. These experienced founders often have their pick of term sheets from top VCs that are hoping to get a slice of The Next Big Thing. Some funds have even formed with the mission of backing unicorn spin-outs specifically. Wave Capital, for example, initially sought to invest only in members of the “Airbnb mafia.” They’ve since broadened their scope.

“If you worked five years at Stripe, it’s almost better than having an ivy league degree,” Haystack’s Shah said. “If you leave Airbnb and are seen as an emerging leader, you can probably raise $300,000 because your colleagues will support you.”

The new wave of talent in the Bay Area is savvy to the VC fundraising process, privy to valuation negotiations, aware of the advantages and disadvantages of working with different types of funds — not to mention they’re friendly with wealthy former colleagues amped on their vision. For them, raising capital comes as much less of a challenge.

For these founders in particular, there are more perks associated with choosing a big fund over a specialty seed firm. Larger funds can re-invest when the company begins its Series A fundraising process, facilitate introductions to its portfolio companies (often potential customers), provide instant credibility in the form of brand recognition (which can be priceless in the hiring process) and, perhaps most importantly, write less dilutive, larger checks.

For the less-seasoned founders, taking capital from a seed fund can be a much safer option. The best seed funds give companies access to those well-versed in the complexities of building a startup. They understand the specific plights of a first-time founder or an early-stage startup, like founder break-ups, the struggle of signing up your first customers or making early, key hires. Plus, seed funds tend to have smaller, more focused portfolios. As such, their partners may take a bigger stake in the game.

“All the funds say the same crap, but ultimately it’s about who actually does the work and it does become really clear who on the cap table has done the work and knows how to be a good investor at the stage,” Fika Ventures, a $76 million enterprise and B2B-focused seed fund, general partner Eva Ho tells TechCrunch. “When we put money in, we really care about the outcome of that deal. I think that gives us really good incentive alignment with the companies.”

In addition to a potential lack of attention from partners at larger funds, doing business with a big player comes with other risks. If, say, GGV decides it doesn’t want to participate in Crosschq’s Series A financing, it may lead other investors to believe the company hasn’t lived up to its expectations. This can make it very difficult for that company to successfully raise its next round. Working with a seed fund eliminates this risk. A seed fund can’t be expected to participate in a startup’s next round due to its limited fund size.

This is one reason startups decline offers from mega-funds. A recent Y Combinator standout, Glide, chose First Round Capital as its lead investor after reviewing multiple term sheets, sources tell TechCrunch. Sequoia offered the company, which helps users create apps from a Google Sheet, a $1.5 million investment on a $16 million pre-money valuation, a high price for a company of that stage. Glide declined the offer and went with the seed firm First Round instead. Glide did not respond to a request for comment. Sequoia declined to comment.

The steep and rising valuations characteristic of deals for Y Combinator’s latest graduates is representative of the overall trend. As hype climbs and investors swallow higher costs, more companies are rolling out the accelerator with valuations north of $30 million and little to show for it.

Not all startups have multiple prospective lead investors vying for a position on their cap table, particularly those who haven’t just “graduated” from Stripe or Airbnb or completed the hot accelerator program Y Combinator. And not all funds have the ability to compete with the Sequoias of the world.

More activity from big funds challenges seed investors to get creative, deploy new tricks, work a little harder. “I don’t see it as a negative,” Haystack’s Shah said. “Founders should have choices. If they want to raise a round pre-launch at a $40 million valuation and take money from a big VC, he or she should accept the consequences of doing that if things get less rosy down the road.”

SignalFire makes 15 seed deals and an additional five to 10 pre-seed and “exploratory seed” deals per year. The latter, Farmer explains, allows them to be first in line when a seasoned entrepreneur is considering diving into a new project: “We will see people who are about to hit a vesting milestone and who will almost certainly start another company,” Farmer tells TechCrunch.

Innovative strategies, including pre-idea seed rounds and investing in second-tier markets, may rescue seed funds crushed under the weight of Sequoia, Coatue and others. Funds that fail to think differently may not survive the competition.

“There will be a lot of fallout in the market,” says Farmer. 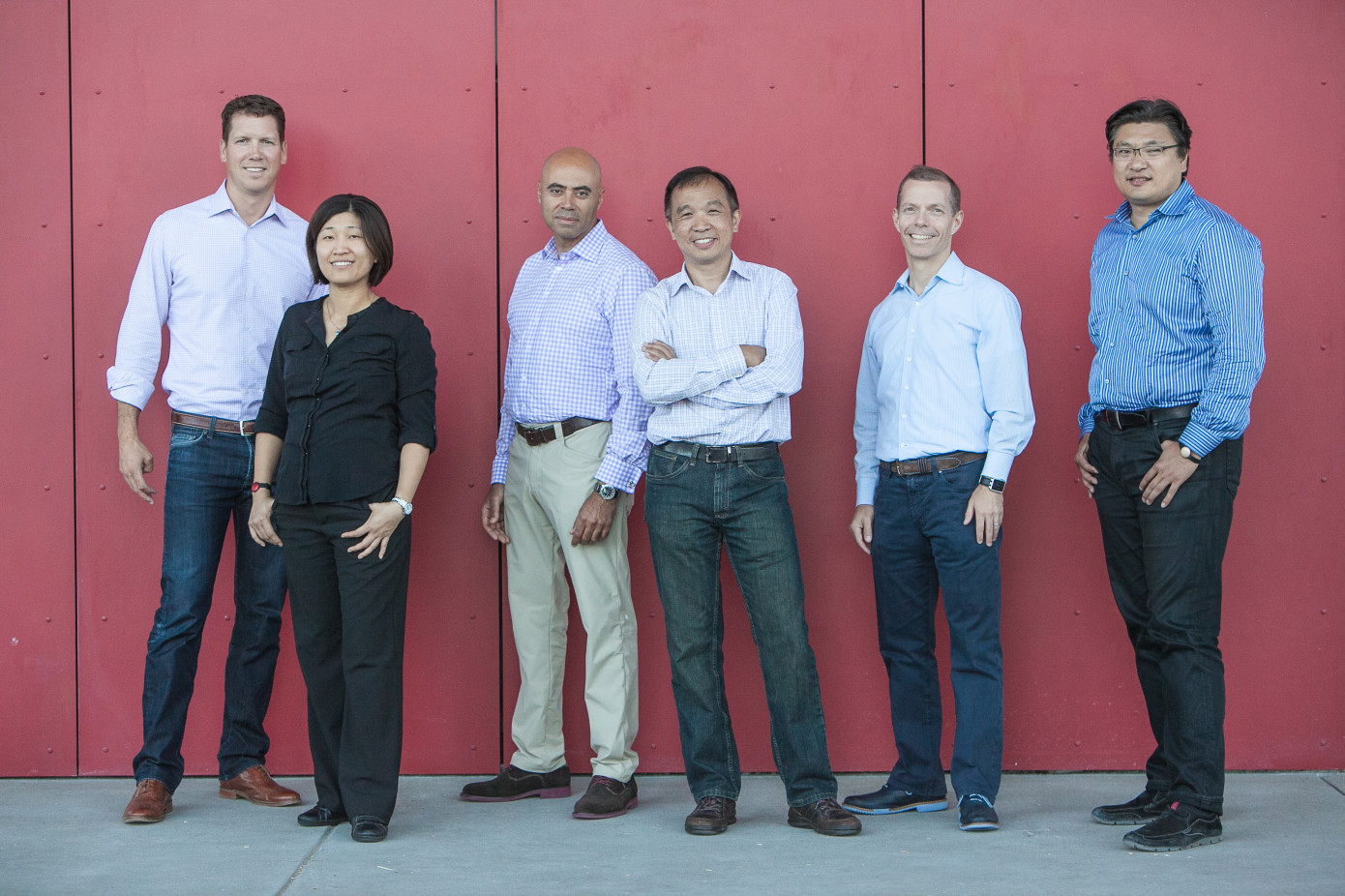 Many of the large firms have for years been partnering with “idea stage” companies, but the pace of those investments has sped up. Accel, for example, made a seed bet in Slack years ago, a huge win for the fund, and now does more than 15 seed investments per year. Sequoia, another mega-fund with previous seed investments in Dropbox, Airbnb and Stripe, has invested in at least six seed-stage companies in the past year, including Re:Store and Veil.

GGV Capital implemented a seed strategy in late 2013, about 14 years after it was founded. Its first bet was on a Chinese AI company called Lingochamp, which raised $72 million in a U.S. IPO last year. GGV has since done 43 more seed deals, added a Sequoia-like scout program and launched a leadership development program for early-stage founders called “Founders + Leaders.”

Covertly, GGV and others are mimicking the seed approach to nurturing founders.

Still, GGV makes no promise to its seed companies to reinvest at the Series A. Of its 44 total seed deals, it went on to lead or co-lead 15 follow-on financings, the firm said. When asked about the prospect of signaling risk, or the risk generated when a startup accepts seed funding from a top-tier VC and that VC doesn’t go on to lead, GGV’s Solomon was unperturbed. It’s not like founders are expecting to fail, he explained.

“Most founders with whom we work are very savvy and know the pros and cons of working with one specific firm or type of firm,” Solomon said. “In the list of things that a founder needs to worry about, the ‘signal risk’ is very low on most founders’ lists.”

While not everyone across fund sizes and startups agrees about the triumphs and tribulations associated with teaming with a small, focused fund versus a billion-dollar giant, there was one consistent theme throughout each interview conducted for this story: It’s all about the partner.

It’s all about the partner 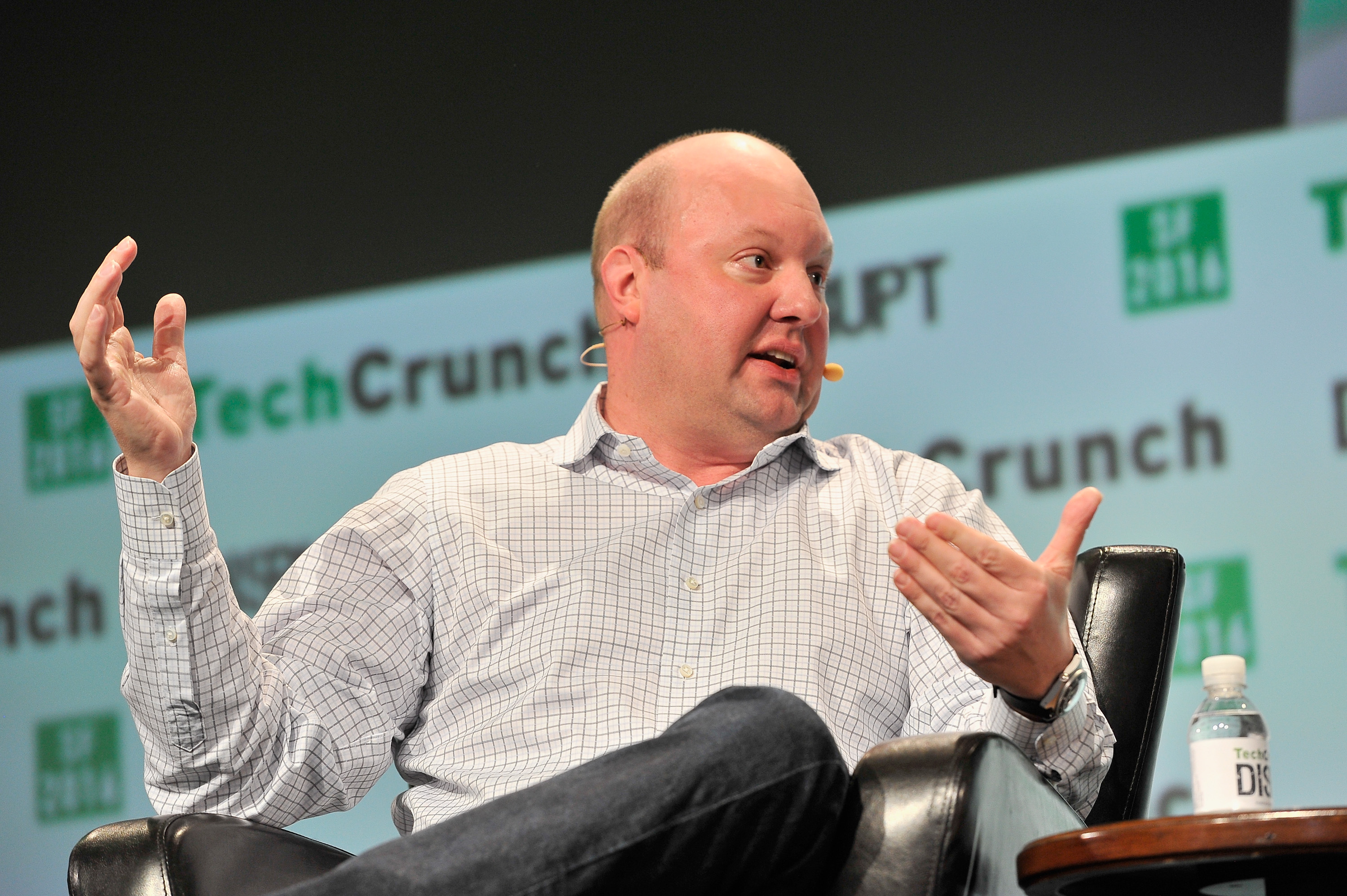