A Q&A with Dave Shull 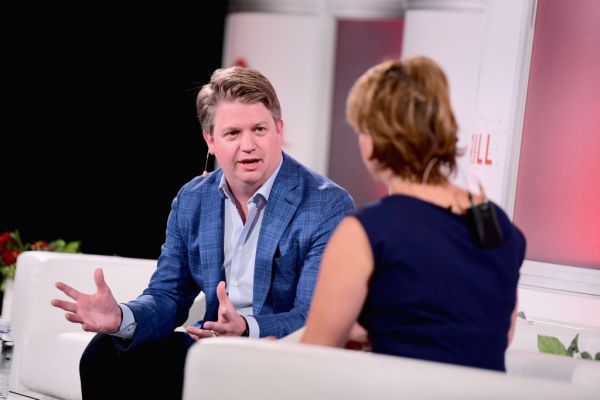 Does TiVo has a future beyond the DVR?

Dave Shull certainly hopes so. The former Weather Channel CEO joined the company as president and CEO back in May, and when I spoke to him last month, he insisted that he’s excited and optimistic about the company’s prospects.

In fact, he said the DVR business “is not really TiVo” anymore. And the proliferation of streaming services is exactly what’s creating a big new opportunity for the company, one where it can help consumers navigate the seemingly overwhelming streaming landscape.

“Let’s embrace the chaos,” Shull told me. “The more streaming, the better.”

In the interview below — which has been edited and condensed for clarity — we discuss why he took on the job, how he plans to split TiVo into two companies and his plans for TiVo+, the company’s ad-supported streaming service (which launched earlier this week.)

TechCrunch: It seems like part of the goal with you coming on as CEO is this idea of reinventing the company for the world of streaming.

Dave Shull: We fully embrace the streaming wars at TiVo, is what I would say.

A little bit of context. I’ve known the company for years, because I’ve been familiar with some of the technology pieces that they had in the IP portfolio. But before I took the job, I talked to CTOs at some of the major operators around the world and said, “TiVo, right? I mean this is a company I’ve heard of, but are they still around?” And the answer consistently was, “Yeah, it’s actually the best technology out there.”

So I started talking to the board and eventually I get the job offer. I walk into a Best Buy and I pick up a Roku box and a TiVo box. I install the Roku box. It’s a brilliant installation process, absolutely brilliant. But then what it gives you is a bunch of different tiles for each of the apps. And so you have to figure out, okay, was that show on Netflix or Hulu?

The TiVo experience was a little bit — it needed some more work, is the polite way to say it. But once I had it installed, it’s taken my live TV and my on-demand Prime, Netflix, Hulu and some digital content and pulled it all together. That’s pretty cool because it’s allowing me to find the entertainment that I want to watch tonight, right?

And so we’re betting on this chaos of applications that are out there with the streaming wars, saying people are having fatigue from subscriptions and they are desperate to find an amazing way to go back to enjoying watching their TV again. They want someone who can bring all this entertainment together — on-demand, live, digital — and make it fun to find, to watch TV again. So that’s our mission. Very simple.

I came in three months ago. The first mandate is, we’ve decided to split the company. So about half of the company is an IP portfolio, 5,000 patents. Then we have the TiVo product base — and everyone thinks of TiVo as this DVR that you buy at Best Buy. That’s really not TiVo, that’s a tiny fraction of our customers. We have 22 million households around the world that use TiVo to provide exactly what I just said, whi

The FrankOne is a simple and portable coffee brewing gadget

Why key performance indicators are crucial amidst a (public health) crisis