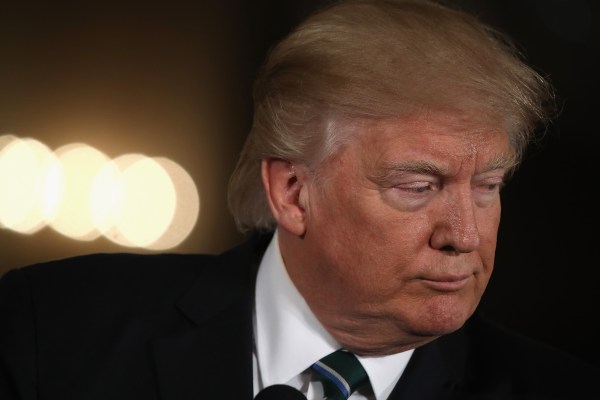 Speaker of the House Nancy Pelosi announced official impeachment proceedings against President Trump today, and while the approaching political fracas may not be directly tech-related, it could have serious effects on several efforts at the federal level to rein in or otherwise influence the tech industry.

Impeachment does not mean the government stops doing what it needs to do, of course. But it does immediately become one of the highest priority items on the White House’s already crowded to-do list. It’s more than possible that with impeachment work, the smoldering conflict in Saudi Arabia, immigration and ICE issues, and innumerable other issues and legal challenges, something like social media regulation may simply not be important enough to actively pursue.

The Trump administration has a complicated relationship with the tech industry. Many would say that it was the savvy leveraging of social media that helped the man get elected. And Trump has embraced Twitter so closely as to make it effectively the main instrument of his office. But he has also repeatedly lashed out against companies like Facebook and Google for a variety of reasons, often having to do with a perceived bias against him or conservatives in general.

This summer, for example: In July the President said there “may or may not be National Security concerns with regard to Google and their relationship with China.” Then the next week he suggested Google had taken “very illegal” actions specifically that they “suppressed negative stories on Hillary Clinton, and boosted negative stories on Donald Ttump [sic].” Shortly after that, he accused Google of having “manipulated from 2.6 million to 16 million votes” in favor of Clinton in the 2016 election, saying “Google should be sued.”

This is only a handful of examples, from a period of weeks. While these events individually appear to have occurred spontaneously in response to what the President was watching or being told at the time (for instance in the last case, Fox News had mentioned the report minutes earlier), they amount to a semi-organized collection of actions that in aggregate may have eventually be called policy.

The multi-state investigation of potential antitrust violations by Google does not seem to in fact have been instigated by the White House, though the FTC and Department of Justice investigations were likely spurred by the Executive in some form or another.

But Trump has also found himself at least notionally on the side of Big Tech elsewhere, for instance on the question of privacy and user protection laws. States like Illinois have had highly robust laws in place for years that have proven a thorn in many a company’s side. With California enacting its own, the industry decided that enough was enough, and has been calling loudly for federal intervention. The logic is that a federal law on the matter of, say, selling personally identifiable information to advertisers, would be more lenient and preempt state laws. And they are right not to expect anything of the scale or rigor of GDPR.

While some of these machines are already in motion, the White House has yet to set others on their way — for example a puzzling rumored order that would have put the FCC in charge of regulating social media. Tech companies are likely breathing a sigh of relief at the thought that Trump’s attention will be elsewhere as impeachment proceedings begin and blend into the 2020 election.

Tech will remain at the center of many national debates and actions, but impeachment may very well have pushed these troublesome but ultimately not urgent efforts from the back burner and onto the floor.