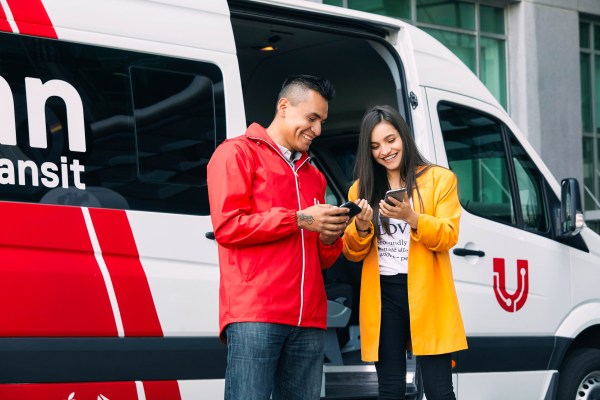 As cities in emerging markets grapple with increasingly traffic-clogged and dangerous streets, Urbvan, a startup providing private, high-end transportation shuttles in Mexico, has raised $9 million in a new round of financing.

Co-founded by Joao Matos Albino and Renato Picard, Urbvan is taking the reins from startups like the now-defunct Chariot and tailoring the business for the needs of emerging market ecosystems.

Hailing from Portugal, Albino arrived in Mexico City as a hire for the Rocket Internet startup Linio. Although Linio didn’t last, Albino stayed on in Mexico eventually landing a job working for the startup Mercadoni, which is where he met Picard.

The two men saw the initial success of Chariot as it launched from Y Combinator, but were also tracking companies like the Indian startup Shuttl.

“We wanted to make shared mobility more accessible and a little bit more efficient,” says Albino. “We studied the economics and we studied the market and we knew there was a huge urgency in the congested cities of  Latin America.”

Unlike the U.S. — and especially major cities like San Francisco and New York — where public transportation is viewed as relatively safe and efficient, the urban environment of Mexico City is seen as not safe by the white collar workers that comprise Urbvan’s principle clientele.

The company started operating back in 2016. At the time it had five vans that it leased and retrofitted to include amenities like wi-fi and plenty of space for a limited number of passengers. Since those early days the company has expanded significantly. It now claims over 15,000 monthly users and a fleet of 180 vans.

Urbvan optimized for safety as well as comfort, according to Albino. The company has deals with WeWork, Walmart and other retailers in Mexico City so that all . of the stops on t he route are protected and safe. The company also vets its drivers and provides them with additional training because of the expanded capacity of the vans.

Each van is also equipped with a panic button and cameras inside and outside of the van for additional monitoring.

For Albino, who went to India to observe Shuttl’s operations, the global market for these kinds of services is so large that there will be many winners in each geography.

“Each city is different and you need to adapt. The technology needs to be adaptable to the city’s concerns . and where it can . add more value,” says Albino. “The Indian market is super different from Latin America.. It’s a huge m

Apple will unveil the next iPhone September 10

Slack drops 10%+ after its revenue growth, guidance fails to impress

Bring your posse to Disrupt SF 2019 with group discounts

Taking a ride on the VanMoof Electrified X2