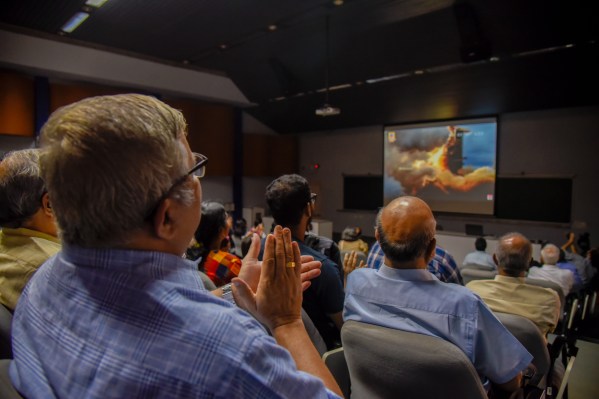 It’s a big day for India’s highly audacious Chandrayaan-2 mission. The nation will attempt to land its lunar orbit on the moon’s surface shortly as it inches closer to become the fourth in the world to complete a successful lunar landing. ISRO, India’s equivalent of NASA, is live streaming the landing on its website, and YouTube channel (embedded below).

Additionally, if you are tuning in from India, dozens of channels including Doordarshan (DD1), Disney India, Colors Infinity, National Geographic, Star Plus, Star Bharat, and DD News are live telecasting the India’s mission to the moon. The landing is scheduled for between 1pm and 2pm Pacific Time (4pm to 5pm Eastern Time; 8pm to 9pm GMT).

ISRO launched its 142 feet tall spacecraft from the the Satish Dhawan Space Centre, Sriharikota in Andhra Pradesh on July 15. The spacecraft consists of an orbiter, a lander named Vikram (named after Vikram Sarabhai, the father of India’s space program), and a six-wheeled rover named Pragyaan (Sanskrit for “wisdom”). Earlier this week, the lander that carried the rover detached from the orbiter.

The mission’s budget is just $141 million, significantly lower than those of the U.S., Russia, and China, and less than half of the recently released blockbuster “Avengers: Endgame.”

Commenting on the landing, India’s Prime Minister Narendra Modi, who will be watching the nation’s attempt at the moon landing from ISRO’s office, said earlier today that, “India, and the rest of the world will yet again see the exemplary prowess of our space scientists.”

Chandrayaan-2 aims to land on a plain surface that covers the ground between two of the moon’s craters, Simpelius N and Manzinus C — that is about 375 miles from the South Pole. It’s an understudied region that no one has seen closely yet.

NASA astronaut Jerry Linenger, said in a televised program today, “I just want everyone to know that the whole world is following this and it is not just Indians. This is the first time any country is going to the South Pole of the moon! India is leading this and as a representative of the US, we are nervous and we are hoping for success. This increases the knowledge base of the moon.”

SpaceX said to be seeking around $250 million in funding, boosting valuation to roughly $36 billion